Danny Phantom Wiki
Register
Don't have an account?
Sign In
Advertisement
in: Needs help, A to Z, Staff,
and 3 more

Initially starting her acting career as a child, AnnaSophia has gone on to assume many television and film roles, earning recognition from lead roles in productions such as Bridge to Terabithia (2007 film) and The Carrie Diaries. 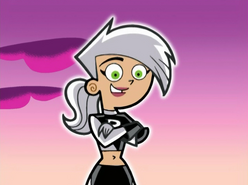