Danny Phantom Wiki
Register
Don't have an account?
Sign In
Advertisement
in: Citations needed, A to Z, Staff,
and 3 more

He has had roles on other shows, such as Jimmy Olsen in several Superman cartoons, including Superman: The Animated Series, and recently provided the voice of Jaybo in Star Wars: The Clone Wars. 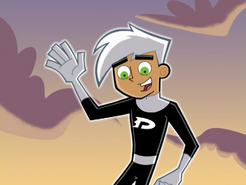