Danny Phantom Wiki
Register
Don't have an account?
Sign In
Advertisement
in: A to Z, Ghosts, Ghost powers, World of Danny Phantom

This page is for Ghost energy, the energy source behind ghost powers. For the viscous substance that makes up all ghosts, see ectoplasm.

"Phantom Planet"
Ghost energy, also known as ectoplasmic energy, ecto-energy, or spectral energy, is the energy and essence of which a ghost is made of and the energy source of all ghost powers.

Ghost energy is no less real than any other energy, like electricity for example, but is vastly more versatile and useful as it can assume this form and many others.

The ghost energy is often portrayed with a wide array of forms and uses. This forms are since the most basic of it such as a plasma ray or in the form of fire, electricity and solid energy.

The fire energy is one of the most common variant form of the ecto-energy. Usually a ghost can release or transform his ghost energy in the form of fire flames.

The electric energy is one of the most common variant form of the ecto-energy. Usually a ghost can release or transform his ghost energy in the form of electricity. This can also be done by machinery.

The cold energy is one of the most unique forms of ecto-energy, and the power source of cryokinesis. It can be manipulated the same way normal ghost energy but with different effects.

The spectral energy comes with a wide palette of uses and applications.

While the inherent characteristic of the ghost energy is the quintessence of a ghost, meaning that this is their very "life" source, it has many other uses if manipulated properly.

A basic use of this energy is the so called ghost ray, a power in which the user usually projects their own natural ecto-energy from their own bodies as a defensive method.

Some ghost can use their ecto-energy to link their emotions to the weather in order to manipulate it.

According to the Guys in White, the Reality Gauntlet uses spectral energy in order to manipulate reality.

Objects and ghosts with great energy

Some object like the Ring of Rage and the Crown of Fire are said to contain great energy that can only be controlled by a ghost of great power and magnitude, such as Pariah Dark.

There are two kinds of ecto-energy: a ghost's natural ecto-energy, the one from which they are made of and they generate, and man-made ecto-energy used for anti-ghost weapons. However, they both seem to be the same for the Fenton Works' defense system.

The coloration of a user's aura varies from user to user. Colors seen include: green, pink, and blue. 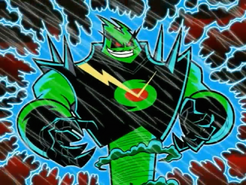 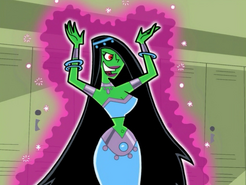 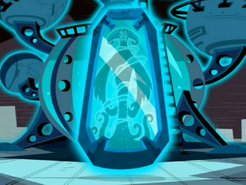 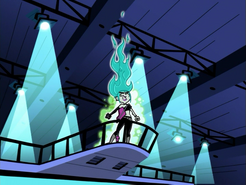 The coloration of a user's eyes varies from user to user. Colors seen include: green, blue, and red. 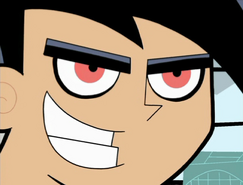 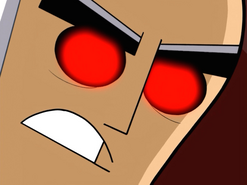 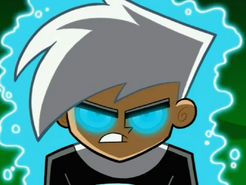 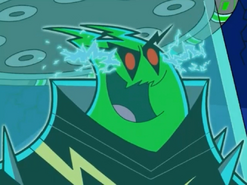 All ghosts and half-ghosts possess and exhibit ghost energy, as it is inherent to their physiology.