Danny Phantom Wiki
Register
Don't have an account?
Sign In
Advertisement
in: A to Z, Characters, Ghosts,
and 2 more

Sojourn is a nomad ghost who has explored and catalogued every single section of the Ghost Zone. According to legend, he is the only ghost ever to have found the Elsewhereness. He recorded all of his findings in his journal.

Sojourn is a bald green ghost. He wears a loose white robe with a hood, with a gold belt and gold trim. He has a gold bracelet on his right arm and wrapped bandages on his left arm. He carries a journal which has an orange cover with an eye on the cover and a green bookmark.

Sojourn recorded all of his discoveries of the Ghost Zone in his journal. Presumably, an unknown event caused him to lose his journal, and some of its pages now float randomly throughout the Ghost Zone. The pages are highly sought after by all ghosts because they contain clues to the location of the Elsewhereness. Only a few of the pages have been gathered. Vlad Plasmius will stop at nothing to acquire as many pages as he can so that he can find the Elsewhereness and ultimately rule it. 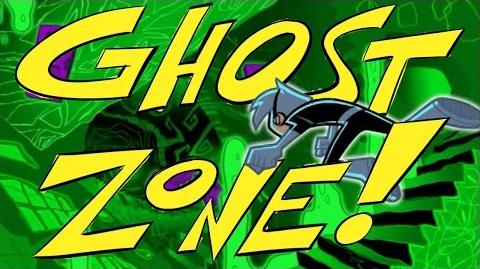